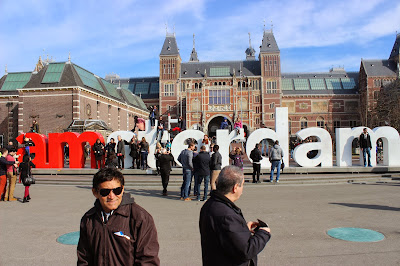 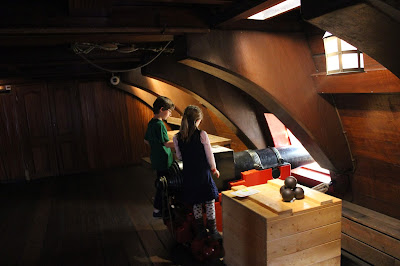 Last Friday, I went to Amsterdam with my Mom, Dad, and sister. It was so much fun. They have these good desserts called stroop wafels. They are so good!!

Stroop wafels are 2 mini waffles stacked on to each other with caramel filling in the middle. I went to the Vertez Museum, the Rijks Museum, the Nemo Science Center, and the Maritime Museum. The Maritime Museum had a replica of a ship owned by the Dutch East India Company. It had cannons that made a loud noise. All of the museums I mentioned are fun! In Amsterdam, there are nearly as many bikes as people! And there are 600,000 people in Amsterdam! And Amsterdam has lots of canals. They are 3 meters deep. 1 meter mud, another meter water, and 1 more meter bikes. People throw a lot of bikes in the water, I guess.