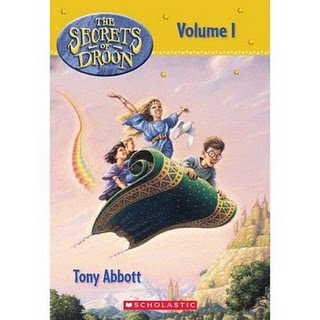 Yesterday I finished a book called The Secrets of Droon – The Hidden Stairs and the Magic Carpet.

It was about three kids Eric, Neal, and Julie who found a small door in Eric’s basement.

They opened the door and found a magic staircase that led to Droon, the Underworld.

They had a wild adventure with Groggles, Ninns, Princess Keeah, Lord Sparr, a magic carpet, etc.

I really liked it and will read book 2 of the Droon series next.