Charlie And The Chocolate Factory 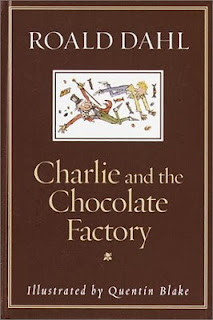 It was about a boy who loved chocolate named, obviously, Charlie.

In the wrapper of a Wonka bar, he saw a brilliant flash of gold.

It was a golden ticket.

He had won a tour of the Wonka chocolate factory.

He was so excited.

Actually, there were 5 kids who had won golden tickets.

But now there was another contest.

So he was going to give the whole factory to the kid who was the best listener.

All the other kids didn’t listen to Mr. Wonka, and got in trouble.

So Charlie won and was given the whole factory.