Evolution, The Big Bang Theory, and Other “Scientific” Nonsense Busted 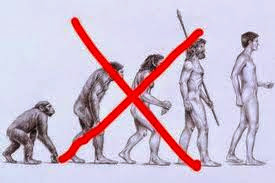 Evolution, The Big Bang Theory, and Other “Scientific” Nonsense Busted

Warning: This might be too complicated for some people.

Evolutionists say that the world started off as chaos, and got better and better. But the Law of Entropy says that everything gets less and less orderly. Darwin says that every living thing came from a puddle of goop, and plants and animals cames from mud and evolved for 6000 years. But why aren’t there new species every day? Clearly, evolution is impossible.

The World Is Running Out of Fossil Fuels

The World is 13.8 Billion Years Old