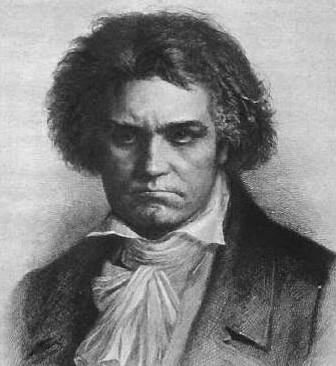 He started to play the piano when he was 4.

Then he started to play the violin.

His dad was teaching him all the time.

Then he started to compose his own music; that means he wrote his own songs.

He wrote songs so complicated that he needed lots of instruments to play them.

They were called symphonies they were played by orchestras.

Here is an example: