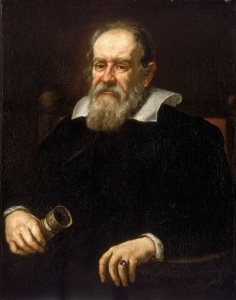 Galileo was a scientist who asked questions. He was the first “real” scientist. He believed in experimenting. Galileo was born in 1564 and died in 1642. He lived in Venice most of his life. He studied math, science, and astrology. He studied in Pisa. He became a professor at Pisa, even though he flunked out of college. His ideas were considered OUTRAGEOUS at the time. He was popular with the students and hated by the other professors. His most famous discovery was that the sun was the centre of the universe. Galileo invented a balance called the Hydrostatic Balance. He also made a better version of the telescope.

Galileo was put unjustly put on trial for saying things against the church. He was only put on trial because the bishop was losing power, and needed to do something to show his power, even if it meant losing a friend. Galileo had to spend the rest of his life on a farm in the italian countryside.

Galileo was a great man. His discoveries were vital to today’s scientists. He led the way to many important discoveries.